Day 5 of our Utah to Colorado road trip had us back on the road again, leaving Bryce Canyon and headed up to Moab.  We took scenic route 12 through Escalante and it was BEAUTIFUL.  If you are headed from southwestern Utah to Moab, this is the way to go.  It is a 5-6 hour drive, plan on a little more with stops.  Here are a few snaps from the ride…..

We were lucky enough to get a campsite at Dead Horse Point State Park for our two nights in Moab.  What a gem of a park and campground!  The sites are fantastic, with level tent pads and a covered picnic table area (with a grill and fire ring) that provides a little shade.  Most afforded some level of privacy and there were amazing views of the Canyon area. 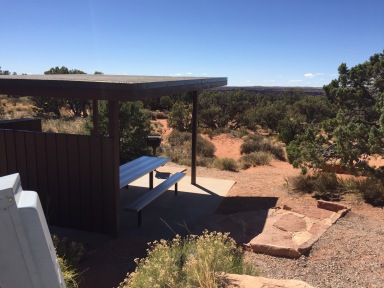 I HIGHLY recommend this campground if you are looking for an established campground near Moab and Arches – water, bathrooms, nice campsites, and a really nice hike in an interesting park just steps away from your site.  WIN!  We have always had really great luck with state park camping on our trips, and Dead Horse Point State Park continued the streak.  (If you want dispersed camping on the cheap, there’s plenty of that nearby too!  Just check out the Bureau of Land Management site for maps and info on available places to camp)

**Side Note** – Why is it called “Dead Horse Point?  Good Question!  From http://www.stateparks.utah.gov –

The Legend of Dead Horse Point
Dead Horse Point is a peninsula of rock atop sheer sandstone cliffs. The peninsula is connected to the mesa by a narrow strip of land called the neck. There are many stories about how this high promontory of land received its name.

According to one legend, around the turn of the century the point was used as a corral for wild mustangs roaming the mesa top. Cowboys rounded up these horses, herded them across the narrow neck of land and onto the point. The neck, which is only 30-yards-wide, was then fenced off with branches and brush. This created a natural corral surrounded by precipitous cliffs straight down on all sides, affording no escape. Cowboys then chose the horses they wanted and let the culls or broomtails go free. One time, for some unknown reason, horses were left corralled on the waterless point where they died of thirst within view of the Colorado River, 2,000 feet below.

After finding our site, buying some firewood, and settling in we set off to explore the park.   We hiked the East and West Rim trails (accessible right from the campground) for some spectacular views across the canyon.   It’s flat and easy going terrain but very sunny and exposed if it’s warm out, so bring some water!  The elevation of Dead Horse Point is 5900 feet – a bit of a break after the altitude at Bryce. 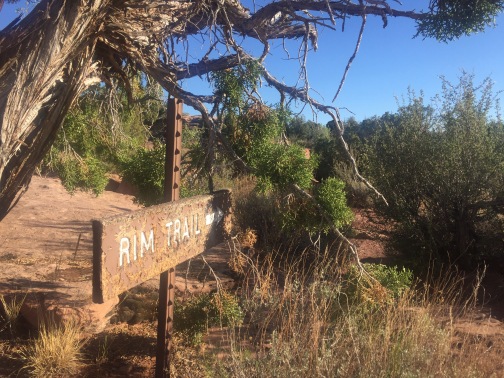 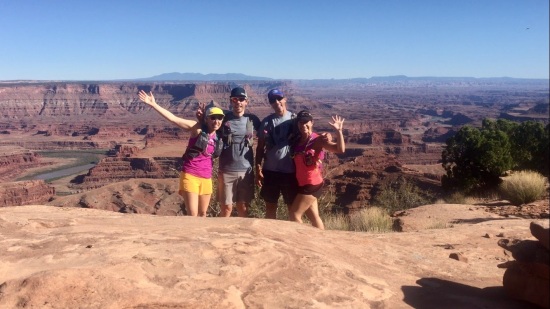 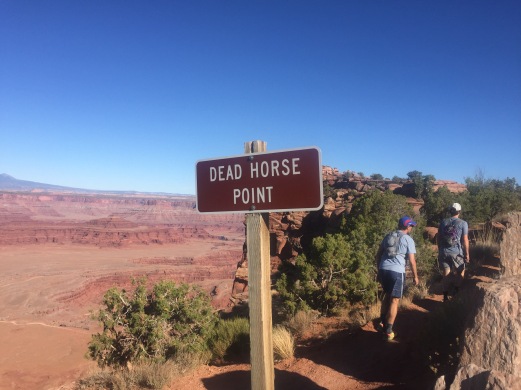 Next up?  A day in Arches, cooling off in a (sort of) hidden swimming hole, and beers at Moab Brewery! Stay tuned!